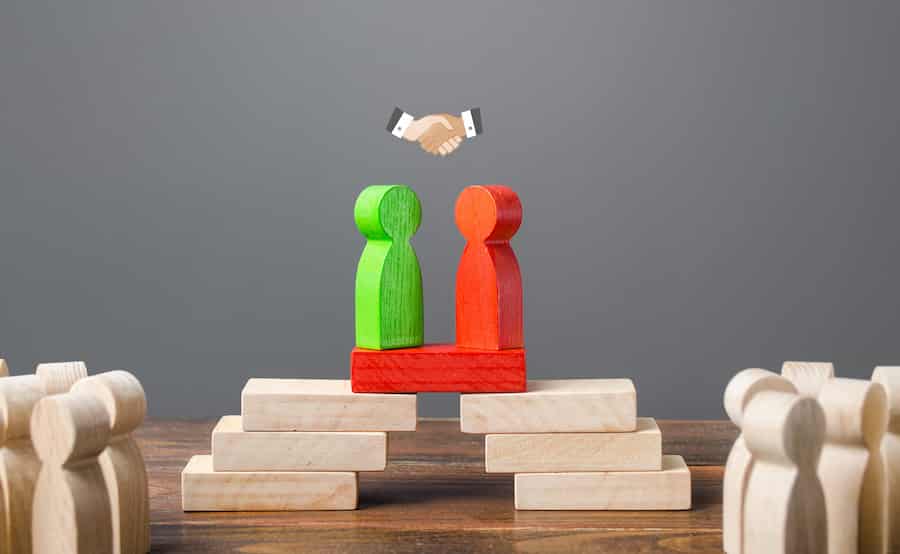 Ally Tow, a Senior Associate at Boyes Turner explores some of the challenges and obstacles that litigators dealing with contentious probate claims face by looking at an example of a case she was involved in a few years ago where the estranged daughter of a testator made a claim under the Inheritance (Provision for Family and Dependants) Act 1975 (“the 1975 Act”) following his death.

In the claim, I acted for the residuary beneficiaries of the estate who were two registered charities.

By his last will, the testator had gifted the sum of £5,000.00 to his adopted daughter. He had also made some other specific monetary gifts but the will provided that the residuary of his estate be divided equally between the two charities. The estate had a gross value of about £360,000.00 with the net estate to be shared equally between the charities after payment of inheritance tax and the specific gifts. The charities’ share of the estate was therefore valued at a little under £150,000.00 each (excluding costs).

Whilst in England and Wales, there are no forced heirship rules and parties enjoy freedom of testamentary disposition meaning that they are free to leave their estate to whoever their wish, this is subject to the 1975 Act which provides, inter alia, that any child of a deceased person (including an adopted child) can apply for an order on the ground that the disposition of the deceased’s estate made by his will is not such as to make reasonable financial provision for that child. In the case of an application by a child, Section 1(2)(b) of the 1975 Act provides:

“(2) In this Act “reasonable financial provision” –…

(b) in the case of any other applicant [including by a child of the deceased] … means such financial provision as it would be reasonable in all the circumstances of the case for the applicant to receive for his maintenance.”

In this case, therefore, it was necessary to determine whether the specific legacy provided for in her father’s will amounted to reasonable financial provision for the daughter to receive for her maintenance. In considering her claim, the charities accepted that the provision did not amount to reasonable financial provision and sought to settle the claim on the basis that broadly speaking the value of the residuary estate be shared equally between the daughter on the one hand and the two charities together as one on the other hand. Unfortunately, the daughter was not willing to settle on these grounds and indicated that she was only willing to do so on the basis that she received the entirety of the residuary value of her late father’s estate.

In order to assess whether the daughter’s demands in this respect were reasonable it was necessary for consideration to be given as to her financial position and more importantly, her future needs and liabilities. Whilst I made it clear on the charities’ behalf that their preferred position was to settle the claim, the charities at no time contending that the provision in the father’s will did amount to reasonable financial provision, given that the daughter’s wishes would result in no recovery whatsoever being made by the charities, I made it clear that we required much more detailed information regarding the daughter’s financial position and more importantly, her future needs and liabilities. Despite my requests on behalf of the charities and indeed directions from the court, for reasons that were not clear or understood, unfortunately, the daughter steadfastly refused to provide any updated information as regards her financial needs or to provide any detail as regards how much money she would require in the future for accommodation and other basic living household expenditure. This left the charities in an impossible position – either agree to give up the entirety of their legacy or press on with the action and seek judicial determination upon the issue. In the end, the charities felt they had no option other than to press on with the court proceedings.

From the limited information provided by the daughter and the information which had been made available to the charities by the executor of the estate who was the testator’s nephew, it was understood that the testator had been estranged from his daughter for many years prior to the date of his death. At the time of her father’s death she had lived alone for about ten years following the tragic death of her only daughter. She was severely disabled following an accident about 30 years earlier which resulted in a fractured spine and although this was not a life limiting injury, she was for the most part wheelchair bound. She also suffered from depression and it appeared likely that she would become increasingly dependent upon carers in the not too distant future. She did not work and it was considered there was little prospect of her doing so during her lifetime. She lived in fairly basic Council accommodation, albeit accommodation which had been specially adapted for her needs and her income was limited to social security benefits. She also had debts of approximately £20,000.00.

In making a determination of an applicant’s claim, the court is required to consider all the circumstances of the case insofar as they may be relevant to the issues before it and under Section 3 (in this particular case) the following matters:

(a) The financial needs and resources which the applicant has or is likely to have in the foreseeable future;

(b) The financial needs and resources which any beneficiary of the estate has or is likely to have in the foreseeable future;

(c) Any obligations and responsibilities which the deceased had towards the applicant or any beneficiary of the estate;

(d) The size and nature of the net estate; and

(e) Any physical or mental disability of the applicant.

The requirement that provision for an applicant must be such as would be reasonable for him to receive for his maintenance is a limiting provision. It requires the court to make an assessment of each individual’s financial needs and requirements to enable them to lead a reasonably decent and comfortable standard of living but not necessarily a luxurious lifestyle. Each case will turn on its own individual facts having regard to the
matters set out in Section 3.

At the trial the Deputy Master agreed with the charities’ concession that the provision in her late father’s will did not amount to reasonable financial provision for the daughter. Accordingly, he gave consideration to the question of determination of the financial provision needed by the daughter for her maintenance. He accepted that the daughter had no provided full disclosure as regards her financial needs and requirements and allowed further evidence to be given in this respect at the trial. However, the position remained far from clear. He also accepted that both charities undertook work of great value on behalf of those who they assisted. He also recognised and accepted that they were in constant need of funds to meet their demand for their services and that legacies therefore represented an important source of income for them. Having considered the evidence as regards the daughter’s financial needs and requirements, he concluded that the daughter had a requirement for income of approximately £18,500.00 per annum excluding any allowance for repayment of her debts. Despite the charities’ position he therefore concluded that he had no alternative other than to accede to the daughter’s request that she should be awarded the entirety of the residuary estate. As a consequence, the charities did not receive any funds from the father’s estate.

Like many claims under the 1975 Act this was a particularly sad case where both parties had financial needs and the outcome may have been different if the competing party had not been a charity. Indeed, if further financial disclosure had been provided by the daughter prior to the issue of proceedings it may be that matters could have settled without the need for proceedings. The case demonstrates the factors which have to be considered by parties and legal advisers when faced with claims under the 1975 Act and the difficulties that these types of claim pose when determining the value of an applicant’s claim, particularly in circumstances where full disclosure of financial needs has not been provided.