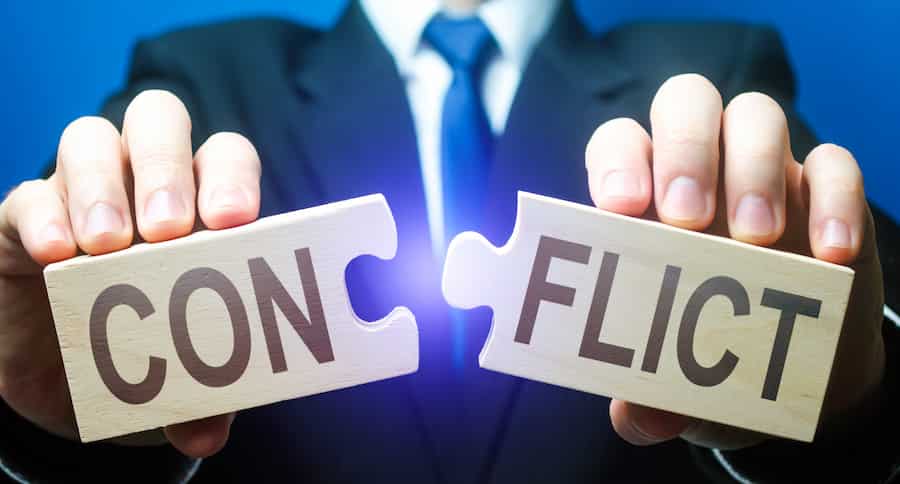 • Capacity – A common ground for challenging a Will so that a previous Will or the intestacy rules apply. A person must have the requisite mental capacity to prepare a Will, understand what they are doing and the extent of the property which they are giving away. They need to be able to comprehend and appreciate the claims to which they ought to give effect and no disorder of the mind must poison their affections, pervert their sense of right or prevent the exercise of their natural faculties.

• Creditor Claims – Claims brought against the estate by people/businesses to whom the deceased owed money.

• Fraud – A notoriously difficult ground under which a Will is challenged. This is an intentional deception made by a person for their own gain or to damage another individual and is a claim typically brought where it is believed that a Will does not contain the testator’s true intentions.

• Inheritance (Provision for Family and Dependants) Act 1975 – This Act allows certain people to bring a claim against the estate of someone who has passed away where that person has not made reasonable financial provision for the person bringing the claim.

• Knowledge and Approval – Another ground for challenging the validity of a Will which can succeed where it can be shown that a person executing a Will did not understand and approve its contents.

• Mutual Wills – Where two individuals agree on the disposal of their property and execute mutual Wills in pursuance of the agreement. In such circumstances, the survivor’s assets are held upon trust for the beneficiaries named in the Wills.

• Opposing a Grant – A dispute relating to the interest of someone claiming an entitlement to a grant of probate or to letters of administration.

• Personal Representatives (PRs) – Claims can include claims for losses caused by PRs arising out of a breach of their duties as a PR or perhaps as a trustee. Disputes can also include applications for the delivery up of assets, testamentary documents or for the PRs to take certain steps in relation to the administration of the estate. There may also be circumstances in which claims/applications are made for a PR to be substituted or removed.

• Presumed Death – A declaration sought when a person has been missing and there is no evidence to suggest they are still living. Claims can also extend to seeking an order varying or revoking a declaration of presumed death.

• Proprietary Estoppel – A claim brought where there is a representation or assurance made to the claimant, a reasonable reliance on it by the claimant and detriment suffered by the claimant in consequence of that reliance.

• Revocation of a Will – A person can revoke their Will in numerous ways and an act constituting a revocation can be a ground for challenging a Will. A Will may be revoked by marriage (or annulment/dissolution of the marriage), executing an instrument declaring an intention to revoke, making a subsequent Will or destruction of the document.

• Revocation of a Grant – Where a Will has already been proved in common form and there is an allegation that it is invalid, or that the grant should not have been made, a claim can be made for revocation of the grant.

• Solicitor/Advisor Claims – Examples include claims to recover losses suffered by the deceased during their lifetime, the costs of a failed or successful challenge to a Will and claims to recover a sum that a beneficiary should have received, but did not as a result of negligence.

• Trust Disputes – Can extend to a wide variety of disputes, including disputes between trusts, beneficiaries and trustees, actions to remove trustees or variations of trusts.

• Undue Influence – Establishing that the mind of the testator has been so dominated that the testamentary disposition in question is the result not of their own volition, but of that of the person exerting the influence.

• Want of Due Execution – Another ground for challenging a Will where, under section 9 of the Wills Act 1837, a Will does not comply with a number of specific formalities.

David is an associate in Weightmans’ Disputed Wills, Trusts and Estates team and deals with a wide range of complex contentious trust and estate disputes. He has acted in disputes relating to the administration of trusts and estates and disputes involving trustees, executors and beneficiaries. He has acted in breach of trust claims, claims under the Trusts of Land and Appointment of Trustees Act 1996 and disputes over partnership assets. He has also assisted clients in constructive and resulting trust claims and disputes in relation to the construction and rectification of wills. David has experience in acting will validity claims, including disputes in relation to capacity, fraud and forgery, want of knowledge and approval, undue influence/coercion and disputes under the Wills Act 1837. He has also acted for clients in relation to the mismanagement of property and financial affairs under, and outside of the scope of, Lasting/Powers of Attorney. David regularly acts in proprietary estoppel and Inheritance Act claims, most notably including Illot (Respondent) v The Blue Cross and Others (Appellants) [2017] UKSC. He assists clients in a wide variety of professional negligence claims, including, for example, the provision of negligent tax advice and negligent will drafting. David has extensive court and ADR experience, and has had particular success in compromising claims at mediation. He is frequently instructed by a variety of clients. Examples include high net worth individuals and landowners, executors, beneficiaries and trustees, trusts, charities and charitable trusts, community interest companies, solicitors, financial advisors and accountants. Outside of his professional activities, David has volunteered for a number of charities including Oxfam, Unicef, Age UK, Dementia Friends and the Alzheimer’s Society.