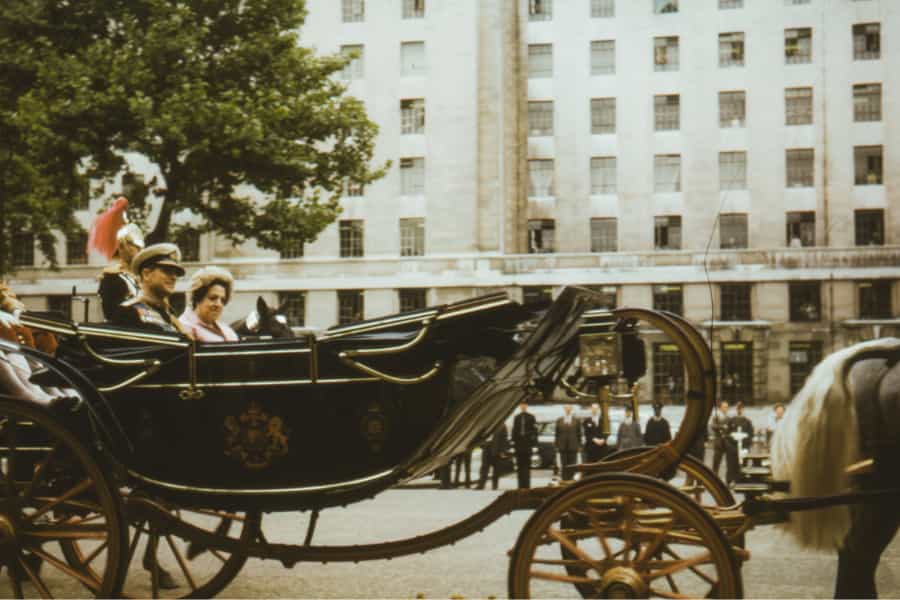 The funeral of the late HRH Prince Philip, Duke of Edinburgh, took place on Saturday (17 April 2021), marking the end of the life of the longest-lived male member of the British royal family.

As we are in the business of researching people’s family trees to find the rightful heirs to unclaimed estates, we thought we would take a look at Prince Philip’s family tree.

Born into the Greek and Danish royal families, Philip was the son of Prince Andrew, or Andrea, of Greece. His grandfather, King George I of Greece was born in Copenhagen and elected king by the Greek National Assembly in 1863 at the age of 17.

He was the first monarch of the new Greek dynasty and he married the Grand Duchess Olga Constantinovna of Russia in 1867, while two of his sisters Alexandra and Dagmar married into the British and Russian royal families. Dagmar’s eldest son, Nicholas, became the last Russian czar and she outlived him and his family after they were killed by communist revolutionaries ten years.

The latter connection to the Russian royal family came into play years later when Prince Philip’s DNA was used to prove that the remains of bodies found in the Koptyaki forest.

Prince Philip’s father was the seventh of George and Olga’s eight children. He chose a German bride, though Princess Alice of Battenberg was a highly anglicised German princess. Alice was a great-granddaughter of Queen Victoria and named after her British grandmother, Victoria’s second daughter. Like her husband, Alice of Batternberg had no Greek blood.

Philippos after the great rulers of ancient Greece

They named their only son Philippos, the name of the legendary rulers of the ancient Greek kingdom of Macedon, including Philip II, the father of Alexander the Great. The family were forced to leave Greece in 1922, following a trial that led to Prince Andrew’s court martial for disobeying military orders during a war with Turkey.

Upon becoming a British citizen, Philip took the name Mountbatten – an anglicised form of Battenberg.

Finders International trace missing beneficiaries to estates, properties and assets.  To see a full list of our services, please visit our website.  Alternatively, you can contact us via telephone +44(0) 20 7490 4935 or email [email protected]