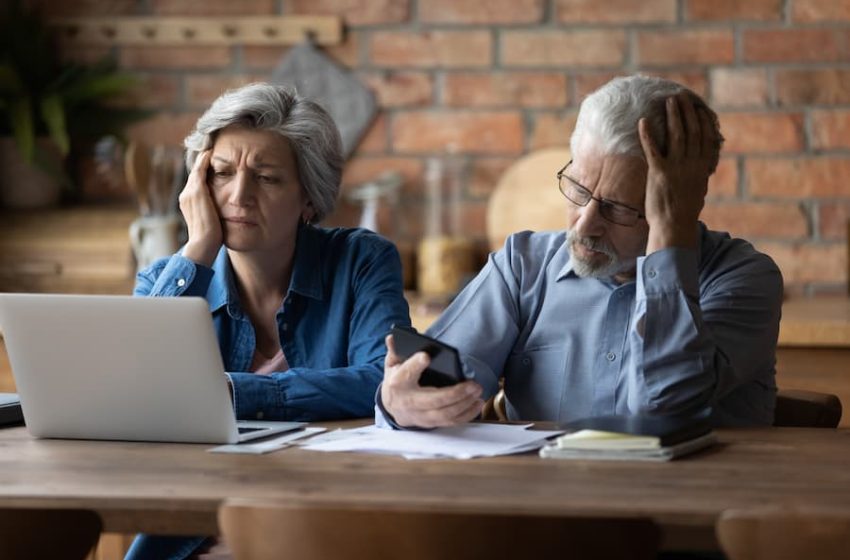 A report by leading UK data scientists has revealed that the over-50s are being hit hardest by the current financial crisis and could face a lifetime of financial insecurity.

That’s according to new research from the University of Edinburgh’s Smart Data Foundry, supported and funded by abrdn Financial Fairness Trust.

According to the report, economic inactivity rates have risen a third amongst the over-50s since 2019, and people aged 50-54 face double the financial vulnerability risk than those aged 70-74.

Findings reveal that people over-50s are facing the “perfect storm” of circumstances including redundancy, ill health or caring commitments combined with a lack of savings and pension provisions.

To offset this loss of income, many people are being forced to withdraw lump sums from their pension pots to deal with pre-retirement income shocks.

With the majority of pension pots worth under £30,000, this is causing knock-on issues with income tax and entitlement to benefits. Worryingly, the research also identified that those people who do cash in their pension pots early are 1.75 times more at risk of financial vulnerability in the future.

To tackle this, Smart Data Foundry is calling on the Department of Work and Pensions to act now to reduce the risk of pension assets being spent before retirement. It recommends an increase to the current capital limit of £16,000 for means tested benefits and, for those on Universal Credit, the reform of the Support for Mortgage Relief (SMI) loan facility by removing the zero earnings rule.

“We are seeing a pattern of people in their early to mid-50s going from being in positions of comfortable, middle-aged breadwinners eyeing their future retirement over the horizon, to a generation suddenly finding themselves facing long-term financial hardship.

A combination of being unable to secure viable work, confused messaging over pensions, little by way of state aid, and the savage cost-of-living rises resulting in many making decisions that could have long-term negative consequences.

With this report and our key recommendations, we are calling for UK Government to intervene to protect and support the most vulnerable before it is too late. If they don’t act now, we will undoubtedly see even bigger problems in the years ahead. Data doesn’t lie; the evidence is there – older workers are at very real risk of financial vulnerability, but it is not yet too late to act.”

The research study also uncovered a widespread lack of understanding about the benefits system, confusion about claims processes, and hardship arising from payment frequency. To improve the transition to retirement, the report calls for increased government investment in the Pension Wise guidance service and expansion to include the state pension.

According to the findings, over-50s are encountering barriers to returning to work, including lack of digital skills, unavailability of flexible working, lack of specific government initiatives, ageism, psychological barriers, and retraining needs. The longer the unemployed worker remains out of work, the harder it is for them to find a suitable position and the greater their risk of falling into forced retirement. The report calls for a government-funded employment programme targeted at those who need support in changing careers, starting from the first day of unemployment for the over-50s.

“We set out to understand the financial vulnerability amongst those in their 50s and 60s and have been surprised by the bleak picture that the data paints. Any disruption in earning capability in the decade before the state pension is forcing older workers to draw down on savings earmarked for retirement with little ability to top up the pot, leading to the risk of financial vulnerability becoming lifelong.

We have access to rich data supplied to Smart Data Foundry by UK financial institutions and these insights have furnished us with the information that enabled us to make policy recommendations.  It also flags  opportunities for the financial services and fintech sector to innovate in order to help individuals better manage their finances.”