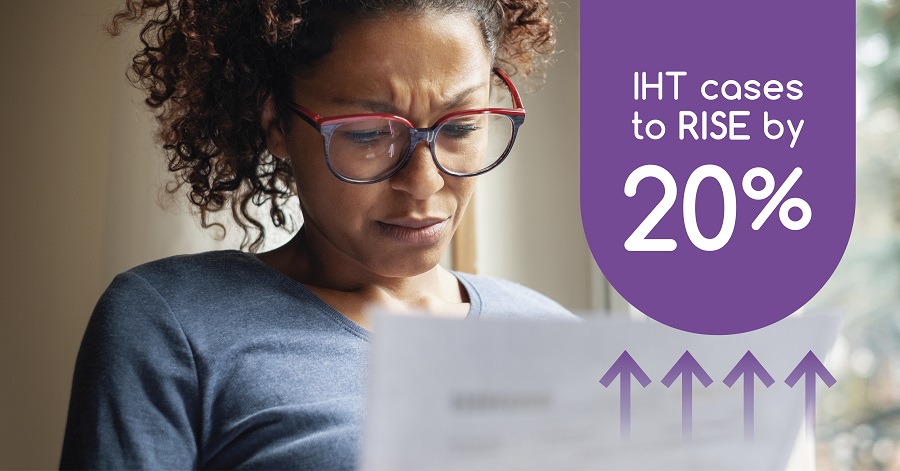 Alongside the Chancellor’s spending review in late November, the Office for Budget Responsibility predicted that the number of estates subject to Inheritance Tax (IHT) was predicted to rise to 30,400 in 2020/21 – that’s up from 25,200 in 2019/20.

The increase is due to the number of deaths relating to Covid-19 and as many of those were untimely, the tax may not have been budgeted for, leaving grieving families hit with an unexpected IHT bill.

Those responsible for paying the tax bill (executors or personal representatives where there is no will) could be heading into the perfect storm, as research reveals that 80 per cent of people believe that IHT rates are likely to rise as one way of helping to pay for the pandemic bailout.

The Private Office, who carried out the research, also said that comparisons were being made to how the Government dealt with the economic fallout of World War II, when death duty tax was increased to more than 80 per cent.

Dicky Davies business development director for Tower Street Finance says: “The number of estates paying IHT has been static for years, so a 20 per cent uplift is a huge deal. It will leave many people in for a shock, especially if they have been appointed as the executor of an estate.

“Just last month we commissioned research with 2,000 UK adults which revealed that only 14 per cent knew that the executor was responsible for paying the IHT bill, and a further eight in ten people didn’t realise that IHT needs to be paid before the estate proceeds can be distributed.

“It’s already estimated that around £2bn a year is tied up in estates. The predicted tax increase has the very real possibility of locking thousands more people out of what’s rightfully theirs. This is why we created our newly launched IHT Loan.”

IHT Loan is a new product from Tower Street Finance that can help executors, or personal representatives if there’s no will, with estates where there is an IHT liability to pay but no funds available, and it is holding up the legal process.

Tower Street Finance (TSF) was set up by an experienced management team who saw a need for relevant, accessible financial products which benefit administrators of estates, executors and beneficiaries.

We are passionate about using insight, data and our considerable experience to help customers with innovative products and services, including those who may be in financial difficulty.

We currently have four products which are aimed at the inheritance market and they all have a common DNA. There are:

The IHT Loan can help when estates are effectively ‘locked’ because the executor needs to pay the IHT to get the Grant, but needs the Grant to realise the assets to pay the IHT.

It’s taken out by the executor/personal representative and can solve the problem. The money is used to pay HMRC and it’s a way of meeting the IHT liability to unlock the estate with no risk or need to take out a personal loan/bridging loan.

Inheritance Advance (winner of Innovation of the Year, British Wills and Probate Awards 2020)

Again, there’s no risk – if another Will emerges or assets take longer to sell or sell for less than anticipated, or another debt is discovered, we take the risk.

Inheritance Dispute Funding helps people who want to dispute a will but don’t have the money to fund the legal bills. We know that one in four people would dispute an inheritance if they felt it was unfairly distributed.

Contesting a will can cost up to £5k in upfront costs and there’s no guarantee your case will be taken on – with IDF the solicitor gives their opinion on the case and win or lose – we take the risk.

We pay the costs and then they’re repaid from the estate proceeds.

Estate Expense Funding is for executors who face costs while they’re dealing with their responsibilities of administering an estate. These can be unexpected but we can help cover the costs until the inheritance is released

Executors could be liable for expenses such as funeral costs, professional fees, house and garden maintenance and more.