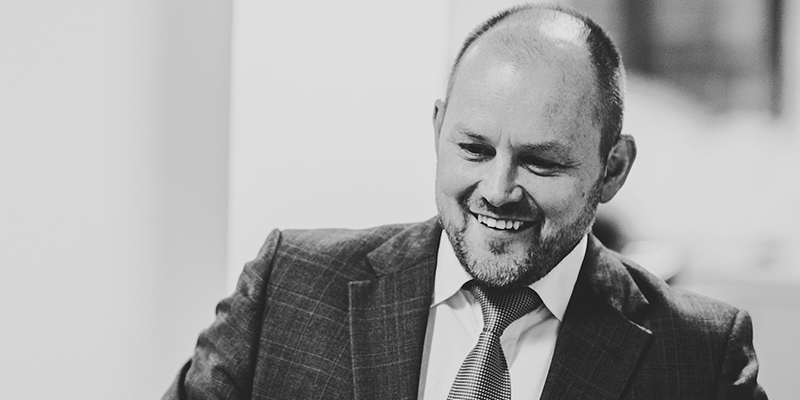 Martin Holdsworth, owner of IDR Law, talks about about the type/s of cases that he deals with and how Will instruction takers can minimise risk.

I was first involved in a contentious probate case in 1993 whilst a trainee solicitor – I was representing 3 siblings in connection with a dispute with a 4th. I had “grown up” on a mix of litigation – contract disputes, personal injury claims, intellectual property disputes – a real mixed bag. But that contentious probate case stuck with me. It was like no other legal dispute I had encountered. The parties were fighting about family wealth that was a windfall to them – they hadn’t earned it or were contractually entitled to it – it was something passing to them from their parents. None of the siblings were in need – in truth, the value of the inheritance passing wasn’t what mattered – the root cause of the dispute, like so many after, was the spectre of perceived unequal gifting in the eyes of those children.

Most families do not communicate well in life when it comes to talking about death and inheritance. And yet, after death, when the dust settles, for those wise enough to have made a Will, the deceased literally speaks from the grave – a testamentary monologue that weighs, measures and bestows an inheritance on some or all of their family members. There is no conversation to be had by then and many family groups bestowed with different levels of inheritance, are often left with the question Why?

Why, is the start of most Will disputes. For some, the only explanation is that there must have been some kind of skulduggery. An assertion that the voice of the testamentary monologue is not that of the client and in consequence, the Will should be declared invalid. That’s why!

These are “probate claims” – claims that the will is invalid because it cannot be relied on as being the client’s true wishes. Probate claims include allegations of a failure to execute the will correctly, a lack of testamentary capacity, undue influence/coercion has been applied, revocation, lack of knowledge and approval, fraud and forgery … the list goes on.

Even where it is accepted that the Will may reflect those of the client, the second type of claim that can arise is where it is then asserted that the provisions of the will can’t possibly be allowed to stand as they simply fail to make reasonable financial provision for disappointed beneficiary. These are claims under the Inheritance (Provision for Family and Dependents) Act 1975 (the “1975 Act”).

There is then a third main category of claim, that is neither a probate claim (it does not attack the validity of the Will) nor a claim under the 1975 Act – it is a claim that seeks to slice away part of the estate that legally appears in the name of the deceased and thereby never passes under the will to the beneficiaries – these include equitable (“fair play”) claims such as promissory estoppel and equitable accounting. One common example is where a parent promises to provide for their child and the child then relies on that promise to their detriment, the promise is broken on death by that parent who fails to deliver on that promise.

All three types of claim involve an analysis of Why? And so, it will come as no surprise that in virtually every case that we are instructed on, we are asked that very question. As I have said many times during my lectures over the years – my best witness to answer that question is unfortunately always dead! If your best witness is dead, then you need to hear their voice somewhere else – from other friends and family certainly, but the one place where what they have said is recorded contemporaneously and independently is in the notes and records of the Will drafter – the Will file. If that evidence is not recorded in the file notes, then you are reliant upon the memory of the Will drafter who took instructions and dealt with the Will execution.

Virtually without exception, on every case where there is a claim to bring or defend, contentious probate lawyers seek out the will file notes. If those notes are not detailed or complete we turn to the Will drafter for a statement. In fact, the Will drafter is going to get a grilling over what they recall and have noted in their file – in search of the Why?

The claim being made could be one suggesting that the Will was not executed properly, or that the “Golden but Tactless rule” had not been considered, or that other parties were present and exerting undue influence or coercion? Does the file explain the reasoning behind the unequal gifting or why the carer now gets everything? Did everyone involved understand the extent of the clients wealth and their obligations to others? Who made the appointments? Did you meet the client?

Most will be aware that these requests for information and witness testimony are known as Larke -v- Nugus requests after the case that bears the same name. In that case, the court confirmed that the will drafter could and should disclose the information and testimony needed by waiving the confidentiality/privilege of the deceased client to allow them to do so. These Larke-v-Nugus requests take many forms – mine runs to well over 30 standard questions before they are tailored to suit the situation.

On the face of it, such a request for information and personal testimony from the Will drafter is reasonable. They are difficult to refuse if there is a potential claim with some merit (this webinar explores where that line is drawn) and in fact, Will drafters are bound to respond by releasing the Will file and everything in it, along with a full statement setting out all matters relating to the taking of instructions for the will and its execution, ending with a signed statement of truth!

Hopefully, the Will drafters notes are in good order and they jog their memory enough to answer the more detailed enquiries in the Larke -v- Nugus letter. And if the answer to Why? is still not clear from that, what then? It is certainly possible that the same Will writer ends up being cross-examined in a witness box with the potential sideshow of the will writer themselves trying to explain why no notes were kept. The reality is that a client’s Will may well be declared invalid if poor notes are kept and the will is challenged.

Whilst Larke -v- Nugus requests come after the event, the foundations to a good response that supports your client’s wishes and your own professional conduct starts with your own will file. Here’s a thought – when you see your next client (the best witness that I will never meet), just ask them Why? and record their answer on your file.

In fact, read the last Larke -v- Nugus request you received (if you don’t have one, I am happy to send one) and bear those questions in mind when you are taking instructions and dealing with the execution of the Will of your next client. If you make sure you can answer those questions at the time the Will is being prepared and executed and then record those details, then you and your client can rest easy – if a Larke -v- Nugus lands in 2, 5 or 10 years’ time, you can pull out your file from archive without holding your breath with fingers crossed!

Register now for Martins expert tips on being prepared for and dealing with Larke v Nugus requests and ensure that you are fully equipped to respond to future requests.

Book your place on our FREE Webinar now!

Their expertise spans multiple areas of Law, Estate Planning, Finance and Tax matters. CTT Group is recognised as a leading figure in the industry due to their wealth of experience and technical knowledge in the legal and financial sectors.

CTT Group is made up of six areas:

CTT Tax and Trust: a premium support system for the Professional Adviser community, providing professional executor and Trustee services. They specialise in Estate Planning, Tax and Trust matters and have a wealth of knowledge and experience in delivering the right solutions for your clients.

CTT Accountancy: A newly established Accountancy firm that will work in partnership with you and your business. CTT Accountancy is a practice of highly skilled and experienced accountants with expertise in trust matters, uniquely positioned to offer your clients a range of accounting services, whatever their needs.

CTT Private Client: Offering individual professional advice to high-net-worth individuals with various financial situations. Their specialist team have a wealth of knowledge and will work with you to understand your requirements and provide bespoke advice.

CTT Legacy Software: Ground-breaking legal software that will change how you work. Legacy was explicitly designed with you and your business in mind, so it will seamlessly align with your needs. It can also be tailored to suit your business needs, giving you complete control over your client journey.