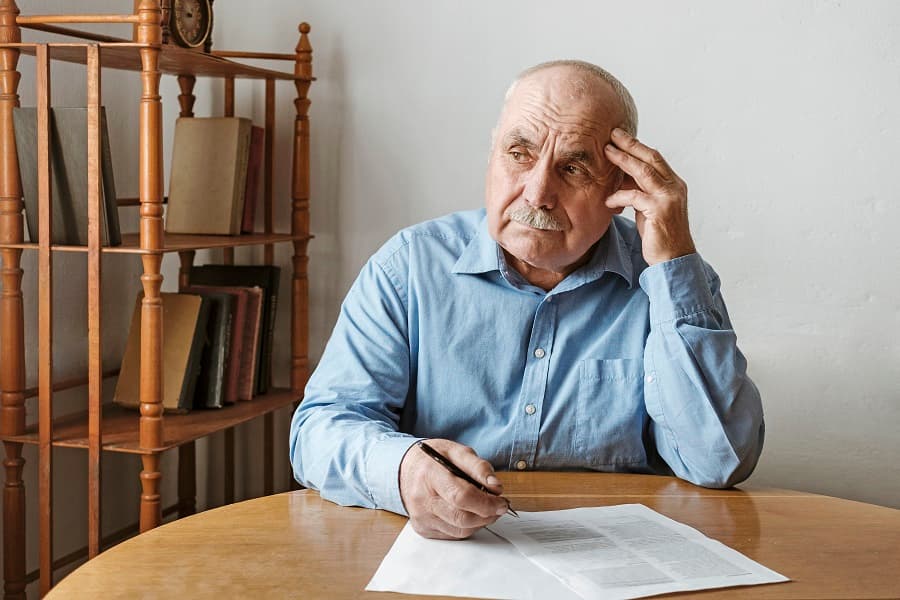 The issue of capacity is explored in the case of Hughes v Pritchard [2021] EWHC 1580 (Ch) and highlights the importance of instructing experts in respect of capacity assessments and ensuring full disclosure.

The case related to the estate of Evan Hughes who died in March 2017, aged 84. His purported final will in 2016 left 58 acres of farmland on Anglesey (Yr Efail) to his son, Gareth. Evan’s other son, Elfed, had passed away months prior. Elfed’s widow (Gwen) and son (Stephen) argued that the 2016 will was invalid on the grounds of lack of testamentary capacity, want of knowledge and approval and/or undue influence exerted by Gareth upon Evan. Alternatively, they argued that Yr Efail was subject to a proprietary estoppel claim by Elfed’s estate, whereby Yr Efail belonged in equity to Elfed’s estate.

There was a substantial history and timeline of events relevant to the case. Briefly, Elfed farmed both his own land and Evan’s land for the best part of 40 years. From 2014 onwards, Evan showed lapses of memory and behavioural changes and continued to deteriorate both prior and subsequent to the preparation of his will in July 2016.

In July 2016, Evan prepared a Will leaving Yr Efail to Gareth, despite being unsure as to the full extent of the land a few months earlier. Evan’s solicitors instructed Dr Pritchard to conduct a capacity assessment at the time, during which he concluded that Evan had the requisite testamentary capacity to make the 2016 will.

On the day the will was signed, Gareth drove Evan to the solicitor’s office but remained outside the room during this part of the meeting. The 2016 will was then signed and witnessed by Dr Pritchard and the drafting solicitor. Dr Pritchard left the meeting and Gareth came in. Evan signed forms giving Gareth lasting power of attorney and revoked that previously granted to Evan’s daughter, Carys. Evan passed away in March 2017.

Dr Hugh Series was instructed to express a view on the testamentary capacity of Evan at the time of executing the 2016 will. He referred to a previous assessment which indicated a moderately severe degree of cognitive impairment. He concluded Evan had cognitive deficits in the areas of attention, memory, and fluency and an old stroke and damage to vessels to the brain pointed to vascular dementia. Dr Series felt that it was more likely than not that Evan would have been able to recall and appreciate that Elfed had farmed the land, although was doubtful that he would have had a clear recollection of what he might, or might not, have promised Elfed in the past about it.

He concluded that the combined evidence of the solicitor in her attendance notes and the doctor in his records and letter suggested that it is more likely than not that Evan had testamentary capacity when he gave instructions for, and then executed, his 2016 will.

Crucially, however, Dr Pritchard cast doubt on the assessment he carried out on Evan at the request of the solicitor. He had thought that the proposed new will made only minor changes to the 2005 will. Accordingly, he did not question Evan as to the reason why he was proposing to leave 58 acres to his son Gareth rather than to Gwen and/or her sons.

It was accordingly held that this impacted significantly upon the weight to be attached to Dr Pritchard’s assessment, and in turn upon Dr Series’ and the solicitor’s evidence.

Notwithstanding the solicitor’s file of papers/evidence, Dr Series’ opinion and the assessment of Dr Pritchard, it was held that:

Accordingly, the 2016 will was invalid on the grounds of a lack of testamentary capacity.

Suspicions arose in relation to Gareth arranging and attending meetings, the will being written in English (Evan’s first language being Welsh) and Evan potentially struggling to understand the map showing his land holdings. However, it was held that there was very clear evidence that the draft was gone through clause by clause and that Evan nodded his approval of each one before signing it. It was held that, if he had the capacity to understand, Evan knew of each clause and approved of it.

It was emphasised by Gwen and Stephen that Evan was elderly, suffering moderate severe dementia and grieving for Elfed. Gareth had taken over assisting with paperwork and dealing with professionals on his behalf and was closely involved in the will making process whilst Carys was abroad. They relied on Evan’s accountant, Richard Williams, who gave evidence stating that Gareth was forceful and was conducting matters.

Before noting that he ought to be cautious about accepting parts of Richard’s evidence, due to its passionate nature, the judge held that it did not show that the line between persuasion and coercion was crossed and did not amount to direct evidence of undue influence. The claim of undue influence was not made out. It was unlikely, given Evan’s strong character, that his own volition was overcome in making the 2016 will.

To the extent that the Will would not have been valid, it was held that Yr Efail was nevertheless subject to an equity in favour of Elfed Hughes’ estate.

Elfed farmed Evan’s land and looked after his flock of sheep and herd of cattle together with his own. He hired staff, worked long hours and intentionally bought his own farmland next to Evan’s and farmed both as a single unit.

For many years Evan told his children that the farmland would be left to his son Elfed. His 1990 and 2005 wills reflected this. Elfed would always tell Gwen that he had an understanding with Evan and that Elfed would own the land one day, when she would comment that he was spending too much money on Evan’s farm. Stephen heard such conversations between his parents and Evan reiterated the fact to Geraint (Elfed’s son) after Elfed had passed away in September 2015.

Accordingly, it was accepted by the judge that there was a sufficiently clear representation by Evan over many years. The financial detriment was the value of such work (£181,875) and the staff costs (£378,802). There were substantial payments in respect of expenses and machinery, an end of tenancy claim in respect of another piece of land, the cost of a bridge and cattle shed constructed by him on his own farmland, and his son Geraint’s pay cut in 2012. The non-financial detriment comprised the very long hours he worked, the lack of any holidays and the sacrifice of his family life.  The detriment went far beyond any benefit Elfed received and an estoppel arose accordingly.

This case demonstrates that despite a contemporaneous capacity assessment being undertaken, attendance notes being present and a retrospective report all supporting the testator having capacity, a finding of capacity will not necessarily follow. It is absolutely fundamental for solicitors preparing wills to ensure that any experts instructed in respect of capacity assessments are furnished with all the requisite information as part of a thorough instruction. Pertinently, where significant changes are being made to a previous will, these ought to be explained to an assessor so that enquiries can be made accordingly.

David is an associate in Weightmans’ Disputed Wills, Trusts and Estates team and deals with a wide range of complex contentious trust and estate disputes. He has acted in disputes relating to the administration of trusts and estates and disputes involving trustees, executors and beneficiaries. He has acted in breach of trust claims, claims under the Trusts of Land and Appointment of Trustees Act 1996 and disputes over partnership assets. He has also assisted clients in constructive and resulting trust claims and disputes in relation to the construction and rectification of wills. David has experience in acting will validity claims, including disputes in relation to capacity, fraud and forgery, want of knowledge and approval, undue influence/coercion and disputes under the Wills Act 1837. He has also acted for clients in relation to the mismanagement of property and financial affairs under, and outside of the scope of, Lasting/Powers of Attorney. David regularly acts in proprietary estoppel and Inheritance Act claims, most notably including Illot (Respondent) v The Blue Cross and Others (Appellants) [2017] UKSC. He assists clients in a wide variety of professional negligence claims, including, for example, the provision of negligent tax advice and negligent will drafting. David has extensive court and ADR experience, and has had particular success in compromising claims at mediation. He is frequently instructed by a variety of clients. Examples include high net worth individuals and landowners, executors, beneficiaries and trustees, trusts, charities and charitable trusts, community interest companies, solicitors, financial advisors and accountants. Outside of his professional activities, David has volunteered for a number of charities including Oxfam, Unicef, Age UK, Dementia Friends and the Alzheimer’s Society.