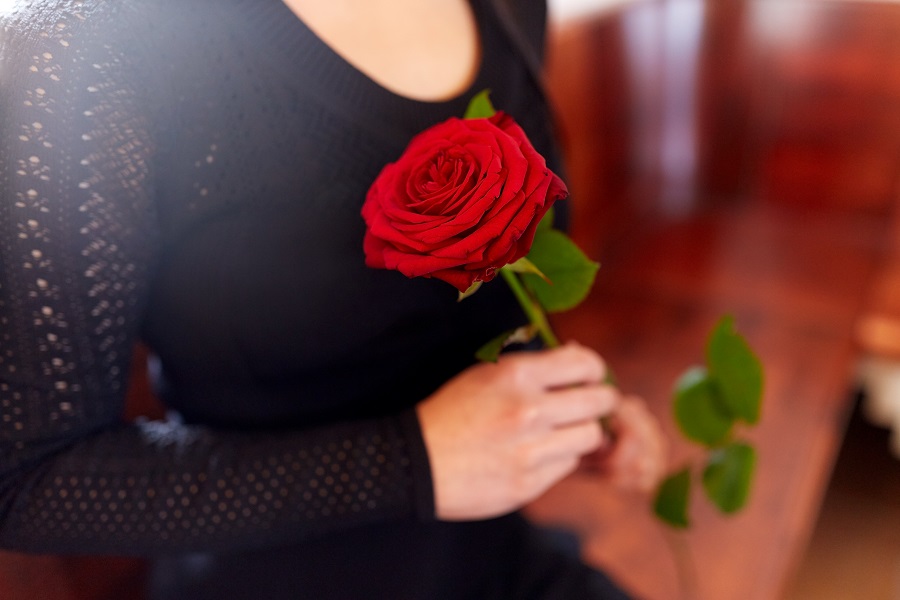 people, grief and mourning concept – close up of woman with red roses sitting on bench at funeral in church

Probate solicitors from firms across England and Wales have joined the chorus of organisations and individuals calling for a move towards standardised processes and an industry acceptance of digital documents, to make life easier for the recently bereaved.

Often it’s lawyers who are blamed by bereaved customers for holding up end-of-life administration because of endless paperwork and lengthy delays in the probate process .

But at a virtual legal services summit today, probate practitioners from more than 60 law firms dealing with probate matters insisted that the delays in settling accounts for bereaved families are often caused by the disparity of information and documents that banks and other organisations require. Probate professionals also agreed that acceptance of death certificates in digital format should be implemented across all sectors and industries.

The conference was hosted by tech startup, Settld, and the Probate Network, along with Michael Culver, Chairman of Solicitors for the Elderly (SFE) and Ian Bond, Member of the Law Society of England & Wales Wills and Equity Committee.

A YouGov poll released last month showed that 80% of the British public agreed with all three elements of a proposed Bereavement Standard to improve treatment of grieving customers.

Michael Culver, who co-chaired today’s event and is a Partner at Bolt Burdon Solicitors, said:

“A lot of organisations are simply not set up to accept digital documents from probate solicitors. Often, the only way to get a response is to write a letter to them, but that adds delays to the process.

“Quite often companies then respond with only half the answers, which means we have to contact them again. It’s high time that we all moved into the digital era and accepted digital documentation,” said Mr Culver, who is also Chair of the ‘Vulnerable Banking group’.

Vicky Wilson, who launched the Bereavement Standard campaign, and is co-founder of Settld said:

“This meeting with legal professionals, just like the other recent events we have held with banks, energy companies and service providers, illustrates clearly that there is a growing consensus for change..”

Julie Draper, Founder of the Probate Network, added: “It’s not just members of the public who want to see change – it’s probate professionals who realise the system is letting people down, so we are encouraged to see things progression in the right direction.”

Also chairing today’s event was Ian Bond, Director and Head of Wills & Estates at Thursfields Solicitors. He pointed out:

“The fact that nearly so many firms who deal with probate issues joined our conference today shows just how much concern there is around this issue. The current sluggish systems and failure to accept digital documentation suggests that current practices are simply not fit for purpose in today’s world.

“Probate issues have been highlighted, of course, by COVID-19 and the increased focus unfortunately on affairs relating to the deceased. A sticking plaster may have been taped over some probate issues as we scrambled to deal with the rising number of deaths during the first lockdown and sought to speed things up, but now we are in the second lockdown there is an urgent onus on us all to turn the sticking plaster into a long term solution and provide better treatment of the newly bereaved.”

More than 91,000 people have signed an online petition calling on the government to introduce a Bereavement Standard, and more than 50 cross-party MPs have signed a similar Early Day Motion in the Commons. The campaign has also been featured on BBC1’s Rip Off Britain programme.

The Bereavement Standard would speed up end-of-life account closure processes, standardise documents with acceptance of digital versions where possible, and oblige service providers to provide dedicated bereavement channels for customers to contact, with properly trained staff.