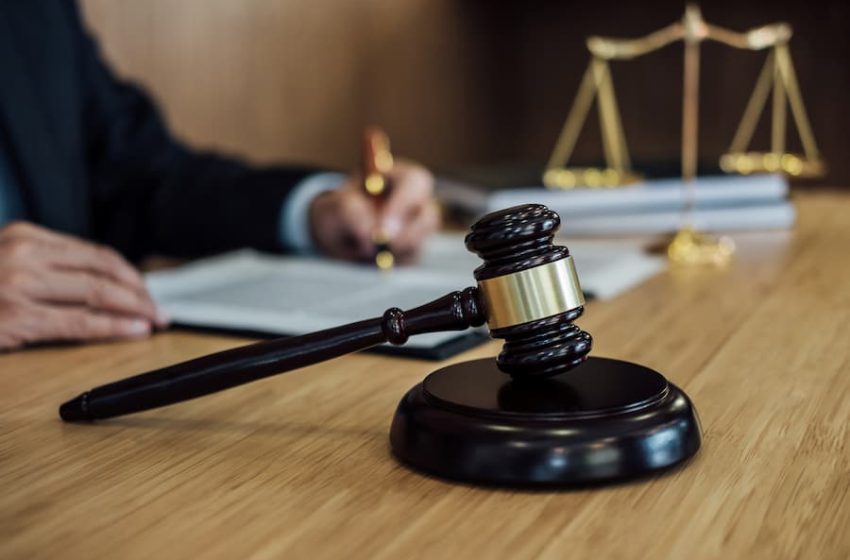 Former model and UKIP councillor Diana Dale-Gough, 71, has been forced to leave her £800,000 home after losing an inheritance battle with her stepchildren, despite a handwritten letter to the judge reading “please help me”.

Diana’s husband Peter died in 2013. He specified in his 2005 will that his wife should have the right to live in the property for the rest of her life. Should the house be sold in the event of her moving or giving consent, he said the proceeds were to be split between his wife and two children, Ben and Mary.

Diana brought a claim to the County Court, asking for further provision from Peter’s estate. The claim was denied in 2020, and she was subsequently ordered to pay the stepchildren’s legal costs, which now total nearly £100,000.

Upon being threatened with eviction in order to pay these costs, Diana made a plea to the judge to “please help me”, as well as mentioning “stress and anxiety”.

Julian Reed, Diana’s representative, argued that selling the house without her consent would be contrary to Peter’s wishes in his will. He said:

“The deceased clearly envisaged protection for the defendant so that she could live at the property with a life interest.

What is being sought cuts through the intention of the deceased. He would have known both the age of my client and the fact she has multiple sclerosis.

This is a very vulnerable defendant, who needs to be protected.

It is only right that my client remains living at the property for as long as she can and is able to do so.”

Despite this, Diana’s case was rejected after Barrister Aidan Briggs, representing the stepchildren, argued that the court should order the house be sold, with that being the only way Peter’s children would see their money. He said:

“My clients honestly believe that she has no other assets that she can call upon, and so the debt continues to accrue interest and continues to grow.

My clients are very substantially out of pocket in the meantime.

If the court makes this order, the property can be sold. Half of the proceeds can be applied to the debt and then the balance – that should be more than £250,000 – given to Mrs Dale-Gough for her then to make new arrangements for accommodation.

The property is much more substantial than would be required for a single person. It’s a family home.

The more this debt grows, that can only be to the detriment to this defendant over time.”

Ruling in favour of the stepchildren, the judge, Deputy Master Marsh, said:

“It was the intention of Mr Dale-Gough that his wife should have the opportunity to reside in the property during her lifetime, subject to certain conditions.

It is also right that, with her agreement, a sale of the property could take place and, if that sale took place, there was an arrangement under which part of the proceeds would be available for an alternative property to be acquired.

It follows that the intentions of the deceased were not absolute. He contemplated the possibility that there might be a sale of the property within her lifetime.

There is now a long-standing personal debt, which on any view is substantial.”

“The principal consideration I have had in mind, although carefully considering her circumstances, is that the debt that has arisen is a direct consequence of the manner in which she conducted the Inheritance Act proceedings.

Furthermore, she has done nothing to ameliorate or mitigate the position since those proceedings were struck out.

In my judgment, the balance comes firmly down in favour of the claimants being entitled to recover the debt arising from court proceedings which has now been outstanding for a lengthy period of time.”

In light of this, Andrew O’Keeffe, partner at Wedlake Bell, commented:

“The case of Diana Dale-Gough is a salutary one and shows how claims under the Inheritance (Provision for Family and Dependants) Act 1975 can give rise to what might seem unfair results. It also highlights the importance of getting legal advice on the merits of any claim early: it seems that part of the problem was that Diana did not promptly and properly pursue her claim which has led to the calamitous position where the very roof over her head will be sold.

While the 1975 Act does enable surviving spouses to seek reasonable financial provision, it is difficult to see what further provision could have realistically been made for her without the property being sold and the proceeds of sale being divided in a more generous way to Diana; surely that was something that Diana would not have wanted but sadly now seems to have come to pass.

This case also serves as a reminder that the Court will take the parties’ conduct into account when considering who should bear the costs of any claim and potential applicants should not simply assume that the estate will bear the costs.”