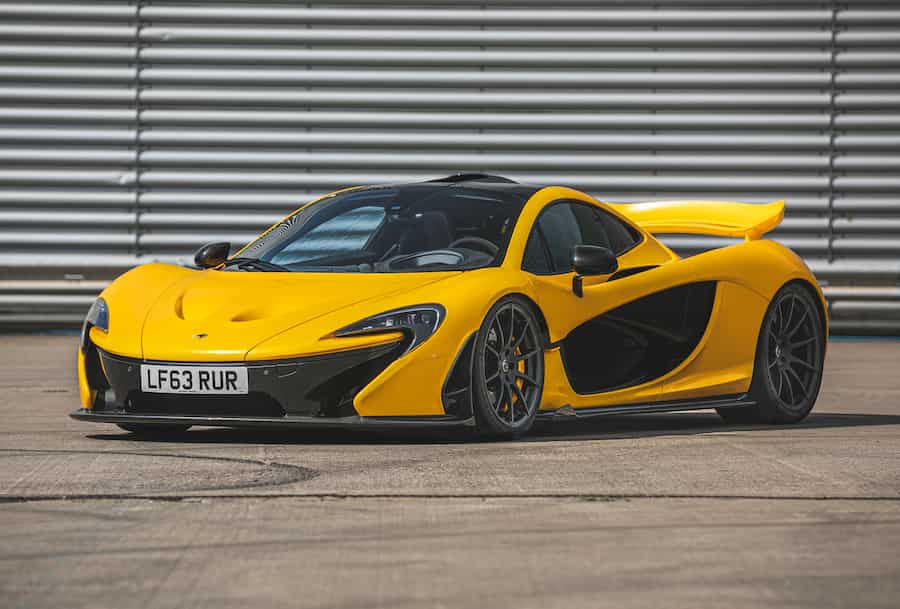 The McLaren P1 was a game changer; with a monstrous power output and unique aerodynamics, including adjustable front and rear wings providing as much as 600kg of downforce at 160mph, performance is nothing short of electrifying. On the 22nd May, Silverstone Auctions will be offering the very first P1 that was registered to a customer in their annual May Sale.

This car is the very first registered example of the 375 that were built. An original personal letter, dated 9th October 2013, is in the accompanying history file from Frank Stephenson, the McLaren P1 designer, to this P1’s first owner and states that “It was with great pleasure that I was there with our team to witness you driving our very first baby out into the big wide world”.

“The McLaren P1 was an instant icon, and we are honoured to offer this very special example in our sale next weekend. Significantly, it is one of just 375 and the first to be registered to a customer – this really is an unrepeatable opportunity”.

The UK-delivered car has had just two owners, who are from the same family, and is finished in the striking colour of Volcano Yellow over black leather, it has covered just 3,666 miles from new. This special car has been exclusively looked after by McLaren main dealers, the most recent service was carried out by McLaren Birmingham in 2020 and the car had a replacement Hybrid battery in 2018.

Estimated at £885,000 – 985,000, it will be offered on Saturday 22nd May at Stoneleigh Park, Warwickshire. This will be the first Silverstone Auctions sale where bidders can attend in person for over a year, alternatively, bidding will still be available online, by phone or via commission too.

To view the car in person, contact Silverstone Auctions on 01926 691141 where you can make an appointment from 12th – 21st May at Stoneleigh Park.