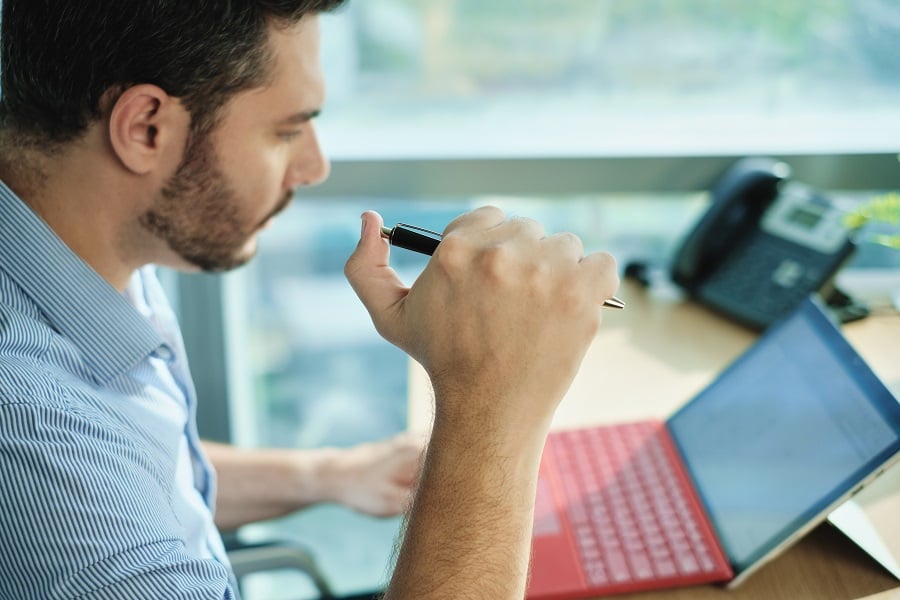 Stressed businessman working with laptop computer in office. Anxious Hispanic man under deadline at work with pc, clicking on pen for time pressure

Used properly, Lasting Powers of Attorney (LPAs) for property and financial affairs can be an invaluable tool in assisting adults who lose mental capacity with the management of their finances. However, the system can be open to financial abuse and practitioners should be alert to the risks.

In 2017, retired senior Court of Protection Judge, Denzil Lush, criticised LPAs because of the risks of abuse and suggested that he would prefer a Deputyship to manage his own financial affairs in the event of his incapacity. Despite Denzil Lush’s warning, further safeguards in the LPA process continue to be removed in the interests of efficiency and digitisation.

What is financial abuse?

There is no universal definition of financial abuse and it can take many forms. Financial abuse often involves an attorney dishonestly using the donor’s funds for their own financial benefit. Whilst it does not necessarily involve the use of an LPA, an LPA can be a means by which a dishonest attorney can easily gain access to a vulnerable person’s finances.

Financial abuse can also be subtle; the addition of names on a vulnerable person’s bank account, significant withdrawals of money or unusual patterns of spending with no clear benefit to the donor.

Attorneys have no authority under an LPA to make gifts from the donor’s funds and they must seek approval from the Court of Protection. This is particularly pertinent when the recipient of the gift is the attorney themselves, even where the transaction is in good faith and the attorney believes it is what the donor would have wanted. An attorney who makes gifts beyond their powers could be committing fraud. They may face an investigation by the Office of the Public Guardian (‘OPG’) and, in serious cases, the OPG may make a referral to the Police.

The OPG has already introduced a quasi-online service, enabling LPAs to be generated via their website but there is still a requirement for the forms to be printed and be signed by all parties (including the Certificate Provider) with a wet signature. It has been reported that the number OPG investigations has increased since this online service was introduced.

Earlier this year, the OPG introduced a digital ‘Use a Lasting Power of Attorney’ tool to enable attorneys to lodge a registered LPA with financial organisations more easily. Whilst this makes the procedure more efficient, it is concerning that it removes additional steps which may have alerted financial institutions to signs of financial abuse.

The OPG still has plans to implement a fully online service which will enable the creation and submission of LPAs to completely digital. It is not clear at this stage whether electronic signatures will be accepted. The online service continues to be resisted by the legal profession due to concerns that there will not be adequate safeguards in place to protect vulnerable adults. Further, an online registration service would not be universally accessible and could alienate those individuals, such as the elderly, who may not be computer-literate or have access to the internet. This opens the door to fraud as it potentially enables LPAs to be created by dishonest individuals without proper checks as to the donor’s identity and a thorough assessment of their mental capacity.

Being alert to abuse

Prevention is better than cure. If created and administered diligently, the assistance of professional advice can go some way to protect against financial abuse. When preparing an LPA for a client, practitioners should be alert to the risks and look out for red flags to reduce the potential for future abuse. Best practice remains to always insist on seeing the client alone to ensure a thorough assessment of their mental capacity and any undue influence can be carried out.

Practitioners should also be alert to the signs of financial abuse when dealing with vulnerable clients in ongoing transactions and in particular when instructed on significant transactions.

If you suspect a vulnerable person is being financially abused by an attorney, the OPG should be informed immediately. The OPG have a specialist team who will investigate the matter and intervene if necessary.

Lorraine Wilson is an Associate at Weightmans LLP