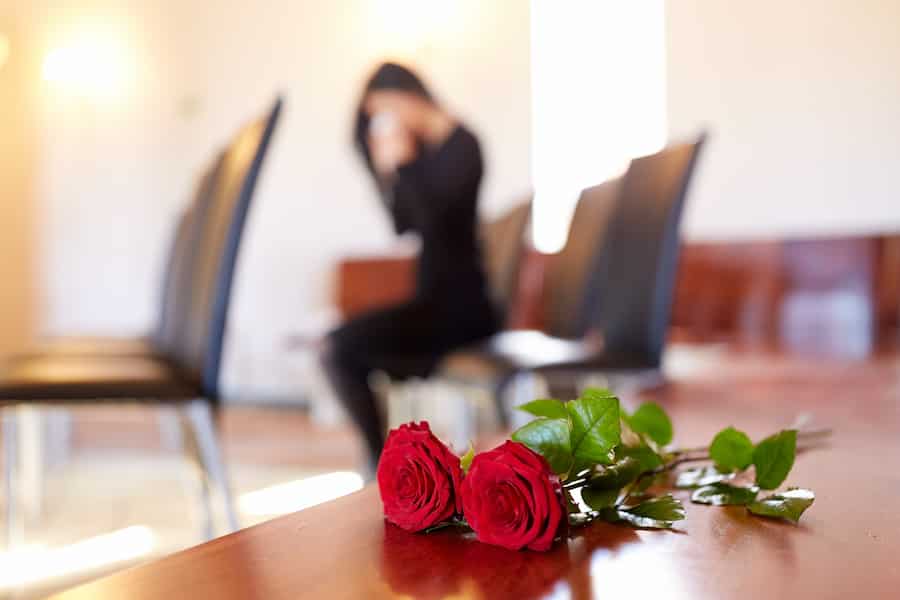 Founders of the Bereavement Standard Campaign have launched a customer survey to find out how firms across the UK have been treating grieving customers during the pandemic.

The customer survey was unveiled after a feature on BBC Radio 4’s You and Yours consumer show recently. The show has been inundated recently with listener complaints about poor treatment of bereaved customers by some service providers.

After being interviewed on the programme recently, the founders of the Bereavement Standard campaign urged as many people as possible to take part in the survey.

“Tragically, more families than ever have suffered bereavement over the last year as the pandemic has claimed more than 125,000 lives. That means more people have had to deal with banks, insurance and utility companies, mobile and broadband and other household suppliers, to notify them of a death.

“Dealing with end-of-life admin can be hugely stressful and can take a great deal of time and energy.  While some companies offer better treatment than others, often additional pain is caused by poor staff training, processes and service. The 2021 Bereavement Survey aims to discover whether customer service to grieving individuals has improved, or declined over the past pandemic year and if any companies deserve a gold star for service.”

Last year’s survey – the first conducted by the Bereavement Standard Campaign – resulted in more than 2,600 customer responses. The overwhelming majority of people found the process of dealing with companies after a death “time-consuming, stressful and complicated”. Less than 18% of people described service providers as “helpful” or “efficient” while 24% called the process “traumatic”.

“At Cruse we know how important it is that companies deal with grieving families compassionately. This survey will show us which companies do well, and which need to up their game to allow bereaved families the time and space to grieve, instead of having to deal with endless paperwork and phone calls, which can increase the distress they are under at what is already an incredibly difficult time.”

“Tragically, the coronavirus pandemic has led to an increase in bereavement across the UK, devastating thousands of families. Sue Ryder has seen an increase in need across all our bereavement services, including our online community and free video counselling. The lessons learnt from this crisis show that we must take a more compassionate approach to bereavement to ensure we are providing sufficient support to those who are grieving.

“The 2021 Bereavement Standard Survey will shine a light on the companies that could be doing more to support their grieving customers, and we hope to see these companies engage with key bereavement experts, like Sue Ryder, to understand how they can foster a more empathetic approach when working with their bereaved customers.”

The 2021 Bereavement Survey runs until the 30th June with the results outlined at the next meeting of the Bereavement Standard Working Group – which has been attended so far by a range of service providers, utility companies, regulators, financial institutions, charities, parliamentarians and other campaigners.

The Bereavement Standard would: set a time limit for account closures, standardise paperwork with digital documents accepted where possible, and ensure service providers have dedicated bereavement channels with properly trained staff available to customers. Over 93,000 people have signed a petition backing a Bereavement Standard.

The campaign is supported by charities such as Sue Ryder, Marie Curie, Hospice UK, At A Loss, WAY Widowed and Young, along with the National Association of Funeral Directors, and wills, probate and funerals experts, Farewill.

Recently, the end of life admin service company, Settld, has secured a significant new investment. Settld closed its initial seed funding round with £500,000 of new investment.

Investors appeared extremely keen to get in on the startup’s action as Settld’s initial funding round closed £300,000 over-subscribed.

The investment comes as the death-sector disrupter creates waves in the bereavement and death-tech space – automating bereavement notifications and reducing end of life admin stress for grieving families and professionals who support them.

“This investment is crucial in helping us to bring the Settld service to more families and professionals, improving our pioneering automated bereavement notification service, working closely with more service providers and expanding our portfolio of products.

“We are extremely encouraged not only to have quickly got the investment we sought, but to end up over-subscribed. That illustrates clearly that Settld has touched a pain-point in the bereavement process. We are delighted to welcome our new investors who will help us expand our reach.”

Settld’s automated notification service is free to the public. A similar automated service is provided to a growing number of organisations tasked with closing, freezing and transferring accounts for their clients and customers. Settld is also available to local authorities.

“We are thrilled to be a part of the Settld journey. We invest in startups which provide innovative solutions, and unrivalled entrepreneurial spirit. We see that in the team building Settld into a service which will benefit bereaved families across the UK, and eventually around the world.”

Online startup Settld, removes much of the hassle associated with having to individually contact banks, insurers, mobile and broadband providers, TV subscription services and others, to inform them of a death. The secure and simple service launched earlier this year.