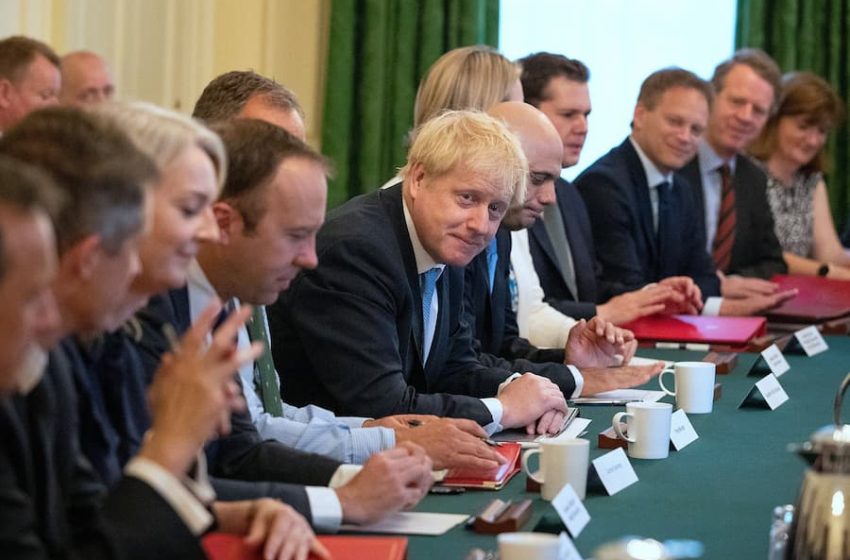 Boris Johnson resigned as Conservative leader on Thursday – though it is believed he will remain in post as Prime Minister of the United Kingdom until Autumn.

Johnson made a statement outside Downing Street to confirm his resignation, signalling the end of an acrimonious effort by his own MPs and Cabinet to unseat their Prime Minister which saw the best part of 60 MPs resign over less than two days. He said:

“I’m immensely proud of the achievements of this government from getting Brexit done to settling our relations with the continent for over half a century, reclaiming the power for this country to make its own laws in parliament, getting us all through the pandemic, delivering the fastest vaccine rollout in Europe, the fastest exit from lockdown, and in the last few months leading the West in standing up to Putin’s aggression in Ukraine.”

“In this country, we have been pushing forward a vast programme of investment in infrastructure, in skills and technology, the biggest in a century.

Because if I have one insight into human beings it is the genius and talent and enthusiasm and imagination are evenly distributed throughout the population, but opportunity is not.

And that’s why we must keep levelling up, keep unleashing the potential of every part of the United Kingdom. And if we can do that in this country, we will be the most prosperous in Europe.”

Concluding his speech, he said:

“Being prime minister is an education in itself.

I’ve travelled to every part of the United Kingdom and in addition to the beauty of our natural world, I found so many people possessed of such boundless British originality and so willing to tackle old problems in new ways that I know that even if things can sometimes seem dark now, our future together is golden.

Thank you all very much. Thank you.”

Michael Gove, Secretary of State for Levelling Up, Housing and Communities, was sacked by Boris Johnson late on Wednesday night and replaced by Greg Clarke.

Gove and Home Secretary Priti Patel called for Johnson to resign on Wednesday amid the ongoing Chris Pincher scandal that has triggered an avalanche of resignations, with notable departures including Sajid Javid and Rishi Sunak.

This left Johnson’s position untenable, with the people surrounding the Prime Minister telling him that he must go – including new Chancellor Nadim Zahawi, just a matter of hours after being appointed to his position.

Whether Johnson is able to hold the role until the Autumn as a caretaker remains to be seen, with reports on Thursday suggesting that his party will attempt to unseat him as soon as possible.

In any case, a fierce leadership battle is likely to ensue over the coming weeks.