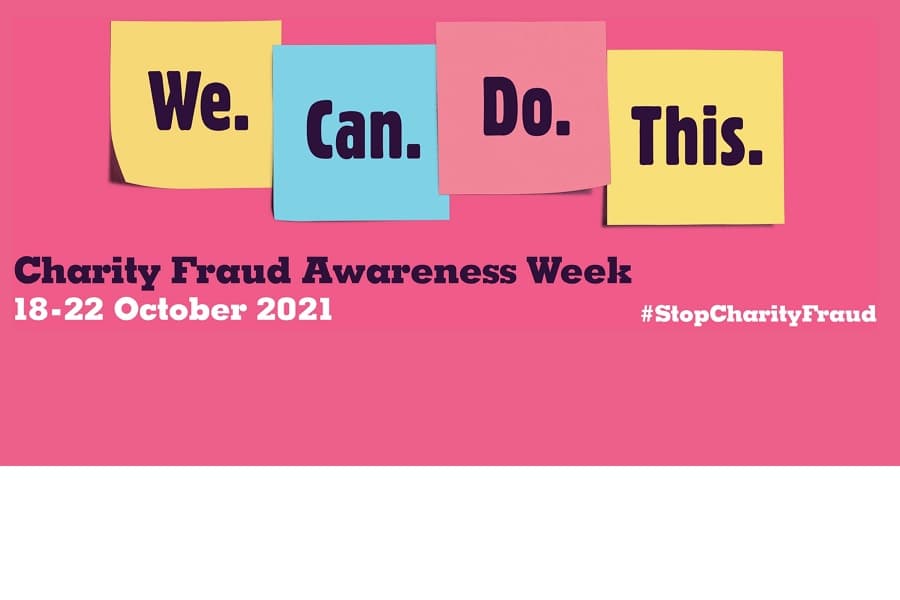 The Charity Commission is today warning charity leaders to protect their organisations against fraud and cybercrime, after new figures show charities reported almost £8.6 million of lost funds in the last financial year.

This latest data from Action Fraud also shows 1,059 separate incidents of fraud were reported by charities in just one year from April 2020 to March 2021. The true scale of fraud against charities is believed to be much higher, as fraud is known to be underreported.

The Commission is highlighting these figures, and the live risk to charities from fraud, as part of Charity Fraud Awareness Week, an annual campaign kicking off today that aims to highlight ways charities can protect themselves from this crime.

This warning comes as other new figures, released today, show that around 65% of charities feel the pandemic has increased their risk of fraud. Charities expressed concerns that risk may have been increased as a result of more remote working and virtual sign-off processes.

Together with the Fraud Advisory Panel, the regulator is today urging all trustees to sign up to a new Stop Fraud Pledge, which commits charities to taking six practical actions to reduce the chances of falling victim to fraud.

The pledge includes measures such as appointing a suitable person to champion counter-fraud work throughout the organisation, performing stringent checks and due diligence, and assessing each year how well fraud controls are working, what new risks there may be and what improvements are needed.

“Charity is special – it delivers good to so many people’s lives and helps strengthen our society. When the public donate generously to charities it is because they want to make a real and positive difference to a cause they often care deeply about, and they want to know their money will reach the ‘front line’.”

“Sadly, as these figures we have released today show, there remain criminal individuals who would take advantage of organisations that seek to do good and of those that generously donate.”

“That is why I am calling on all charities to take the risk of fraud seriously by signing up to our new Stop Fraud Pledge and taking six simple steps to protect their charity. Combating fraud gives the public confidence that their money is safe, protects vital funds for charities and more widely helps maintains trust in the charities we all care so passionately about.”

“With fraud and cybercrime at record levels it has never been more important for charities to be aware of the risks and how they might be affected. As we emerge from the pandemic, charities need to recover and flourish without fear of fraud. Taking relatively simple measures can go a long way to protecting your charity and keeping it safe from harm.”

“It is concerning that a small minority of charities still do not financially invest in fraud prevention activities. This shows that there is still more to be done. We encourage charities to sign up to the pledge to help protect themselves and minimise the risks.”

Charities that are concerned they have been the victim of fraud or cybercrime, should report to Action Fraud and as a serious incident to the Charity Commission.