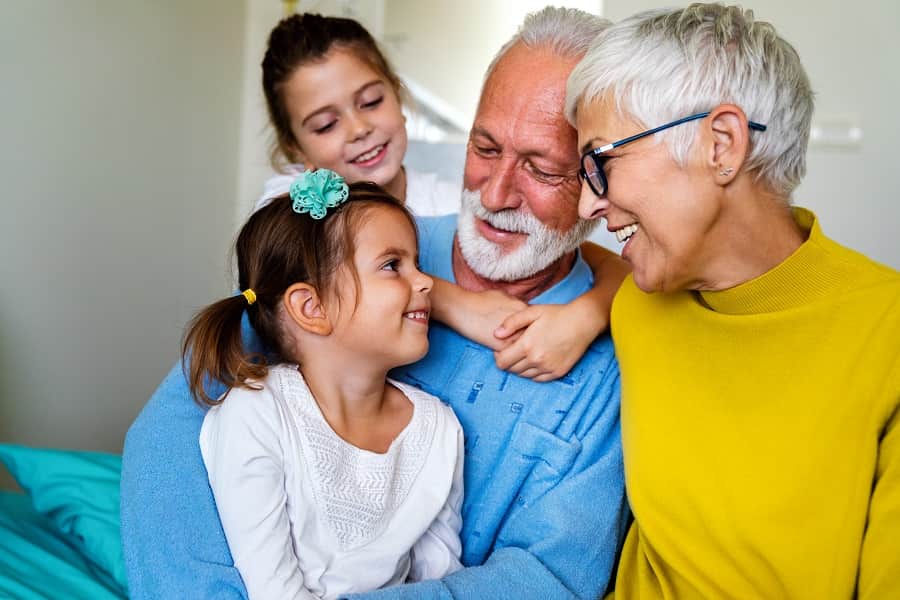 Figures from a survey of 2,000 people have shown that nearly 1 in 5 adults will not leave any inheritance to their children.

The survey, conduced by Opinum for HL in August 2021, revealed that only 82% of people plan to leave money to their children when they pass away.

7% plan to leave it to other family members, which includes guardians for youngsters, and those leaving it to grandchildren instead. This is higher among younger people, aged 18-34, who are likely to have young families, so they may be leaving money to whoever is going to be looking after their kids. Others are leaving money direct to grandchildren, to help them make a start in adult life and avoid the risk of the money being subject to inheritance tax twice. Some respondents pointed out that their offspring didn’t need their money, and that they were already better off than their parents.

Ahead of Remember a Charity week, from 6th to 11th September the survey showed that one in 20 will leave it to charity, and another one in 20 want to spend it while they can.

Earlier this year the Institute for Fiscal Studies released research which found an increasing reliance on inheritance windfalls by younger generations to enable them to, for example, get on the housing ladder.

Increases in wealth have been more prevalent in the older generation, as it’s believed the younger generation aren’t earning as much as their predecessors which is causing an inter-generation divide to develop.

Writing in The Times in April, correspondent Paul Johnson said

“Relative to other sources of income, inheritances are likely to be about twice as important to the generation born in the 1980s as they were for those of us born in the 1960s. That trend looks set to continue. Given all the publicity afforded to house prices, and indeed to the increasing divergence in fortunes between the wealthy baby boomers and their struggling children and grandchildren, this might not come as a great surprise.

The IFS also expects people born in the 1980s to have roughly £16,000 less saved at age 45 as more rely on inheritances, not income, to fund retirement.

“It’s not just Daniel Craig: almost one in five people don’t plan to leave most of their money to their kids when they pass away. Some have made sensible planning decisions for the benefit of their whole family, while others simply want to enjoy the money while they’re still here. However, there’s a risk some parents are cutting their children off to solve problems that can be cured in far more effective ways.

Leaving an inheritance to your kids hasn’t died off entirely. The vast majority of people want their children to benefit from the money they’ve managed to save during their lifetime, and even among those who are leaving money elsewhere, plenty of them are doing so in order to benefit their family another way.”

Among those who don’t plan to leave anything to their children, a common theme was that they didn’t want to stand in the way of them making their own way in life, along with concerns about what they might do with the money, and the idea that somehow it would make their offspring hope for their death.

Unfortunately, in some cases, the decision not to leave money to children may be down to the personalities involved, with one in five saying they simply didn’t want their kids to benefit from their death.”

Common reasons for not wanting to leave money to children