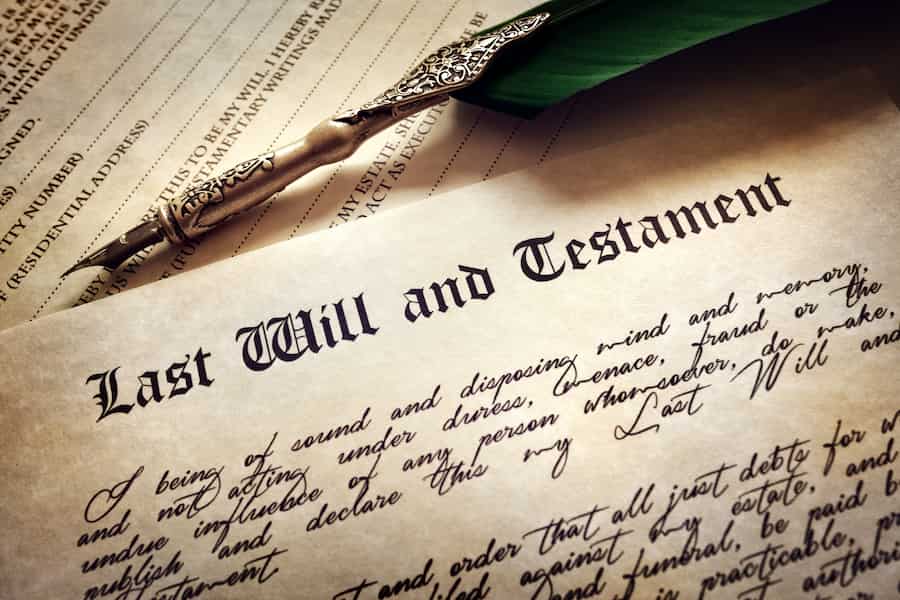 Is your loved one’s Will not what you expected? Are there unexplained large gifts?  Does one of the beneficiaries seem an unusual choice? Are the terms substantially different from their previous Will?

If so, then you may consider challenging the Will, on a number of possible grounds, including forgery.  However, allegations of fraud are extremely serious given the potential criminal liability and are notoriously difficult to prove.  The main witness (the Will maker) will have passed away and the burden of proof for fraud cases is on par with criminal cases in that it must be proven ‘beyond reasonable doubt’.

The Wills Act 1837 governs Will-making and requires two physical witnesses (who are not beneficiaries) to the Will to safeguard against fraud.  However, in September 2020, the government introduced legislation permitting video link technology for witnessing Wills.  The purpose being to enable the most vulnerable of society to make a Will where they could not otherwise do so.  The requirement for two witnesses remains but there is no need for physical presence.  It follows that the witnesses could unknowingly sign a different Will than the Will maker signed.  Alternatively, a Will could be fraudulent if the Will maker executed the Will in a certain manner as a result of untruths fed to them by another individual or if a witness signs the Will but without watching the Will maker sign the Will.

The recent case of Ball v Sisson [2020], saw a daughter lose her entire inheritance and pay her brother’s legal costs after she relied upon a forged Will.

Dorothy Ball passed away in 2018 leaving her two children, David and Linda.  Dorothy executed a solicitor made Will in November 2015 leaving her residuary estate to David and her grandchildren.  This was accompanied by a statement of non-provision setting out her reasons for excluding Linda, namely those arising from a dispute in August 2015.

Following Dorothy’s death, Linda produced a subsequent homemade Will, which was purportedly made on 4 January 2017.  This Will provided for the majority of the residuary estate to be split between Linda and David and the balance to her grandchildren.  In December 2016, Linda and Dorothy allegedly reunited, following which Dorothy said she wanted to make a new Will to include her.

David claimed that the 2017 Will was a forgery and his handwriting expert testified that there was over a 50% chance that the signature was forged.  CCTV Footage from  4 January 2017 showed that Dorothy had not left home, nor had Linda visited her and telephone records support Dorothy having received a phone call at 237pm and outgoing calls to Linda and David at 243pm and 252pm.  Linda claimed she collected Dorothy around 2pm and drove her to her house around 3 to 4 minutes away where the Will was executed with two witnesses which appears inconsistent with timings.  Further, an extract from Linda’s diary in March 2017 recorded her having spoken to the police and being advised to take Dorothy to a solicitor to discuss her Will.  Linda denied discussing Dorothy’s Will with the police and was unable to provide any reasonable explanation for their advice.

At trial, the 2017 Will was held to be a forgery and HHJ Kramer commented “the CCTV evidence is very strong evidence that she was not there, and that conclusion is supported by these other factors which I have identified. In those circumstances, those witnesses who say she executed a will at her daughter’s house on that day cannot be telling the truth. But it does not end there, for the handwriting expert supports my conclusion, as does the fact that Mrs Sisson thought that there was still an issue to resolve in relation to the will, hence the discussion with the police officer who suggested that she take her mother to a solicitor. She would not have thought that it was necessary to resolve the Will if a Will had been completed on the 4th of January.” The 2017 Will was therefore void and the 2015 Will was admitted to probate.

It is clear from this case that the court will only be satisfied that there is a forgery where there is extremely strong evidence.  A handwriting expert’s opinion will often be a key factor but will by no means be conclusive in itself.  All of the evidence shall be taken into account in determining whether there has been a forgery.

Inevitably, claims involving allegations of fraud or forgery are likely to trigger further stress and emotion at what is already a difficult time.  It is therefore vital that if you have any concerns about the validity of the Will that you take specialist legal advice from the outset.  Your legal advisers can properly investigate your concerns and gather evidence before putting forward any allegations.

Tamsin Wooldridge is a Solicitor in the Contentious Probate team at Lime Solicitors. Tamsin acts for individuals, charities and trustees in a variety of matters. Tamsin’s areas of expertise include: