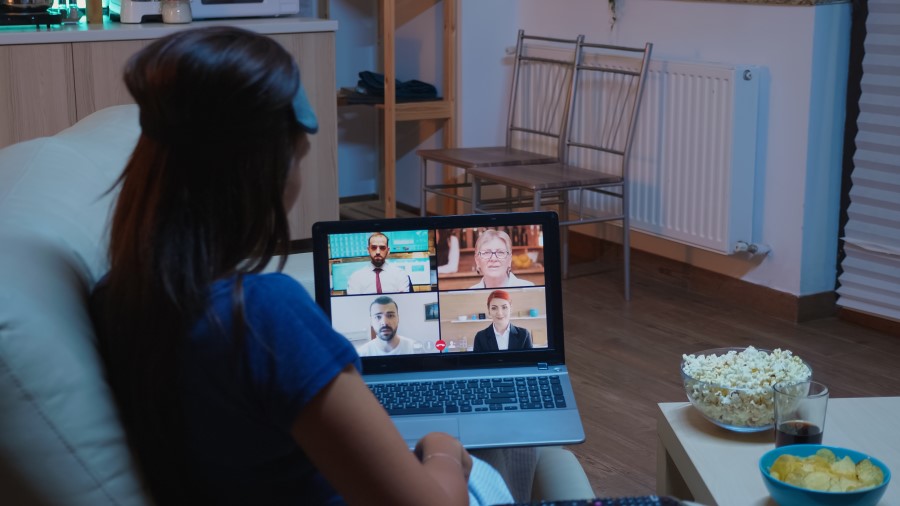 The coronavirus pandemic has helped the legal sector to adapt and adopt technology at a quicker pace than usually perhaps it would.

Although remote/virtual hearings were heard of, they may not have been used as regularly as now.

However, just because virtual hearings are more common place now, doesn’t mean we should become complacent.

Recently, there have been a number of reports of virtual hearings going wrong.

Texas lawyer Rod Poxton was left red faced when he discovered he was addressing the local court but appeared as a cat. The hearing was taking place by Zoom and the lawyer’s connection had a cat filter placed on it.

Tweeting about the incident Judge Roy Ferguson, who was presiding over Mr Paxton’s session said:

“[it showed] the legal community’s effort to continue to representing their clients in these challenging times.”

Back on this side of the pond, a hearing which centered around the ownership of Swindon Town Football club was branded a “circus” after being interrupted by members of the public blowing raspberries, swearing at the judge and sharing pornographic images.

Judge Iain Pester, presiding over the hearing asked members of the public to turn their microphones off if they weren’t submitting any evidence. Turning to the fact that in the virtual world nowadays, having attendees on mute makes things “work much, much better.”

Things then took a turn for the worse when one delegate shared their screen, which featured a pornographic image.

At this point Judge Pester commented:

“I’ve got quite a strange screen at the moment. I’m wondering who’s interfering with the conduct of the court?

“I’m afraid if this goes on I’m going to say only the representatives of the parties can attend, because we can’t have a hearing like this.”

The Judge’s warnings were ignored, as then one of the delegates began to swear, and muted the Judge and barristers.

“Since the imposition of lockdown as a result of the Covid-19 pandemic, the President of the Family Law Division has been clear that the decision whether or not to have a remote hearings in family matters – be it in relation to children or finances – is at the discretion of the individual judges. He has confirmed that there will not be “do or do not” guidance. Whilst it is accepted that one size does not fit all, and it is important to have flexibility in the current unusual circumstances, the lack of clarity from the top does make it difficult for judges and those within the legal profession to understand (and advise on) the correct approach. Unfortunately judges do get it wrong and unfair decisions are being made as the steady stream of reported appeal decisions demonstrates.

“Likely to be at the forefront of the court’s mind is the recognition that simply adjourning and re-listing hearings will cause significant problems as lockdown requirements are relaxed. With the courts almost at breaking point prior to the Covid-19 pandemic, it is troubling to contemplate how the system will cope with this backlog of cases added to existing and new cases arising. Indeed, the President has confirmed that planning for this Recovery stage is “the most pressing and important matter in his in-tray”.

“In two recent judgments in public law proceedings published less than a month apart, both involving very serious issues in relation to children and whose care they should be in, the two judges involved took completely different views on the suitability of remote hearings in terms of the giving of evidence by the parties involved.

“In the first case, all parties and the judge were prepared to conduct the hearing remotely until the President intervened and ultimately made the decision to adjourn proceedings, with him later suggesting that the parties had misunderstood advice issued by the judiciary at the start of lockdown. He has, on more than one occasion, stressed the importance in these cases (given the seriousness of the issues in play) of the judge being able to see all the parties in the court room. In the more recent case, in what appears to be a conflicting view, the court found similar and still very serious issues to be no bar to a remote hearing; the judge placed less weight on the parties’ demeanour and gave her view that the veracity of a parties’ evidence is not necessarily affected by how it is given. In other words, if a party is going to be untruthful – they can do so as effectively in court as through a device.

“The President has acknowledged that there is a lack of consistency in approach, but this will surely only become greater in the absence of updated, more prescriptive guidance. The family court system has had to adapt quickly to function in the Covid-19 crisis and there is evidence that all are working hard to deliver family justice in extremely difficult circumstances. Important lessons can clearly be learnt for future case management in a post Covid-19 world – even when we can go back to having in-person hearings, will remote hearings be here to stay?

“After some early, highly praised successes there at last seems to be a realisation, to quote the President, that just because a hearing “can be conducted remotely, does not in any way mean that it must be”. What may appear to be a successful hearing (and generally speaking this is in the more senior courts) from a practical sense, or from the experience of the judge, may not have been a fair process from the perspective of the parties.

“The reality is that, as those early successes demonstrate, the experience of those involved in remote hearings at senior court level is diametrically at odds with those at District Judge and Magistrate level, who are at the coal face of the family justice system. The feasibility for them to facilitate a remote hearing will vary from court to court and from case to case, especially when factors such as unrepresented parties and their access to technology are added into the mix.

“A rapidly conducted research report identified that the negative impacts are being felt most often in those cases felt to be the least suitable for remote hearings; typically in public law children matters for which court time is understandably being prioritised. As one judge put it: “There is no opportunity to look them in the eye, to convey to them your own humanity, to either encourage or warn.” The report asks whether remote hearings in these sensitive cases can ever be justified.

“Among the horror stories, there is some hope. Many practitioners are encouraged by their experiences and there are signs of the emergence of good practice – some of which will be here to stay. The courts, judges and practitioners are feeling their way and are constantly adapting and, as the whole world navigates its way out of these unprecedented times, it is difficult to see what more can be done.”