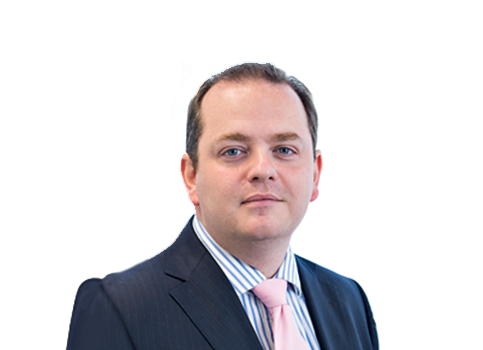 The dust is slowly starting to settle after the MOJ’s announcement to introduce the virtual witnessing of wills. It has certainly been fascinating to read the spectrum of views from across the profession, some lauding the changes as a huge leap forward in the modernisation of the will writing process whilst others highlighting the additional risks they create and with many different opinions in between.

What is clear to me is that the objective of the legislation is not aimed at trying to make it easier for everyone to write wills or indeed redefine the way people make wills in the long term but rather it’s simply widening the definition of the term ‘presence’ to include virtual rather than just physical for the sole commendable purpose of temporarily helping people who cannot do it the traditional way due to lockdown and Covid.

Despite some of the exaggerated headlines, this really isn’t about being able to create a better or more convenient way to make your will but rather a last resort option if you have no other choice. These proposals just enable the use of technology to try and help practically navigate the requirements of the Wills Act remotely during a period of lockdown. However, whilst I use the word ‘practically’, the process to follow, in my view, is really anything but practical.

The need for multiple meetings, circulating documents, acknowledging signatures in each other’s virtual presence and then using video recordings to prove that the very specific sequence of events had occurred, instinctively feels more problematic than practical to me.

I fear that the great irony here could be, that the introduction of this legislation, which has been specifically designed to help people validly execute their wills, could actually end up being the primary cause of invalid wills during the Covid period.

So, with that in mind, are these changes really benefiting the majority of the will making population? How many people are unable to find two friends, neighbours or work colleagues to act as physical witnesses to their will in the present lockdown climate?

As of 31st July, I doubt there are that many given the Government’s changes to shielding guidance, encouraging people to return to work and enabling people from different households to mix. Whilst, of course, you cannot rule out a second wave and the guidance is always subject to change, the current trajectory is certainly aimed at enabling less people in lockdown rather than more.

Had the government introduced emergency legislation earlier this year, then I believe the impact would have been significant, but now? I am really not convinced that there will be that many people needing to use this legislation going forwards. So, on that basis, are the proposals a lot of fuss about not very much? Maybe, but maybe not.

The other issue here to consider is the retrospective nature of the legislation. This approach, in principle, does not sit well with me. How can one apply new rules to a game that has already been played? However, there are several factors to consider:

Therefore is the retrospective nature of the legislation really a problem? Possibly not if the will maker is still alive and has capacity to take advice on the will they have put in place. However, only time will tell if the changes prompt a spike in litigation for those that have already passed away during this period. My own view is that I doubt that it will, at least, insofar as it being the sole reason for the litigation.

I do, however, have no doubt that, where there are other factors at play such as disappointed relatives wishing to challenge the validity on a number of fronts, this will now include a closer analysis of the signing process that was followed if the will was executed between 31st January 2020 and 2022.

James Antoniou is Head of Wills at Co-op Legal Services

James Antoniou is Head of Wills and a Senior Solicitor at Co-op Legal Services in Bristol.

As Head of the Wills legal practice, James is responsible for the Wills and Lasting Power of Attorney writing team from both an operational and commercial perspective. James has considerable experience in all aspects of private client law having spent many years representing a broad spectrum of clients including high net worth individuals and lottery winners.

His expertise covers a wide range of advice on Wills, Probate, Lasting Power of Attorney, Tax and Trusts and related succession issues. James has been ranked in the two major legal directories, Chambers and Partners and Legal 500, as a leader in his field and, earlier in his career, he was named as one of the Top 35 under 35 Private Client practitioners in the country.